Ever since the spectacular auction of the digital artwork “Everydays: the First 5000 Days” by the artist Beeple, which was sold for around 69 million US dollars, the topic of NFTs has also been widely reported in the mainstream media.

A look into NFT marketplaces, such as OpenSea or Rarible , shows lots of little pictures, animated GIFs, memes; at first glance: some quite nice, others silly. But there are also appealing objects – it’s a matter of taste. Social media channels are teeming with instructions on how to create NFTs and turn them into money. Quite a few point out the high energy consumption and compensate their blockchain transactions with voluntary CO2 levies. Climate change resonates. But what is the hype all about? The acronym NFT stands for “Non fungible Token”, which could be roughly translated as “Non exchangeable token”. For example, equivalent coins of a certain currency can be exchanged at will, but the painting of the Mona Lisa cannot be replaced by another work of art. In principle, NFTs are digital certificates of authenticity that can be used to indisputably prove ownership of digital – or, with restrictions, physical – valuables.

In terms of technology, NFTs are largely built on the same blockchain technology used for cryptocurrencies. The trust in the tamper-proofness of blockchain transactions underpins the credibility of the certificates. In a sense, NFTs represent anchor points in a network, as they are uniquely identifiable. They can be passed on or sold; authorship and ownership always remain traceable. The current NFT hype was preceded by blockchain hype. In 2009, a scientific article on the well-known cryptocurrency Bitcoin was mysteriously published under the pseudonym Satoshi Nakamoto. The article described a system for conducting financial transactions without a central authority – i.e. without a bank. The approach was based on established cryptographic methods – asymmetric encryption and hash functions – that had existed in basic form since the 1970s. It is also based on peer-to-peer networks, as they became generally known at the latest since 1999 with the appearance of the music exchange Napster. But trust in a network without a central authority? That was new. And so there are now more than 12,000 cryptocurrencies, a large part of which, however, are Bitcoin copies (altcoins) without significant innovations. Bitcoin is a decentralised network in which participants do not have to trust each other to carry out cryptocurrency transfers. There are sophisticated mechanisms by which operating costs are shared and trust is established in the correctness of the transactions and the common accounting. This sounds good at first, but there are disadvantages that have not yet been eliminated, such as the high energy requirements or the limit on the number of transactions that can be executed per second. In any case, the technology could not replace credit card systems at the current state of the art. From an economic point of view, the NFT hype is also reflected in figures: The trading volume of NFTs has grown to over $2 billion in the first half of 2021.

A look at the past shows that companies were already taking advantage of the networking of computers in the 1990s by making networks of an explosively growing number of internet websites or postings on social media websites searchable. Most of them had a successful business model in common: services are provided for free in exchange for information on service usage so that targeted advertising can be displayed later.

An entire industry has now established itself around targeted online advertising. The network of this industry is not limited to the platforms. Website operators integrate services for targeted advertising into their websites and let themselves share in the profits. This is often easier than negotiating their own contracts with advertising partners. And for the platform operators, the activities on websites that are outside their immediate reach are very valuable. Through the use of the services in private and professional everyday life, internet users are almost always logged in and therefore easily identifiable as advertising targets.

In most cases, the platforms also make access to shared content conditional on being a registered member of the platform. This is because the costs for providing and sharing must be offset by larger advertising revenues. The content is thus locked into the platform’s system. This is often called a “data silo” to make it clear that the data is locked up and not freely accessible.

In addition, the platform operator controls the communication networks and decides – often also due to pressure from investors or governments – on the removal of content. This centralised control is increasingly criticised, which is why leaders of some social media platforms like to think aloud about governance models that give the user community more say.

And this is exactly where the potential of NFTs lies. NFTs – and the objects themselves – can be stored in a distributed infrastructure. Access to the object and also duplication are possible without limits. And yet it can be clearly proven where an object originally came from, who created it, and what the terms of use are. With the help of smart contracts (a special feature of the Ethereum platform), special remuneration models can be set up. All of this means more creative freedom.

But how can the creative leeway be used? The first practical problem is the high costs associated with the execution of an Ethereum smart contract. Since the price of the Ethereum cryptocurrency has risen so much, immediately setting up a smart contract on the Ethereum blockchain is not a viable option. There is also the complexity of executing transactons and smart contracts.

For this reason, there are now platforms that use pre-built NFT smart contracts, making the creation (minting) and sale of NFTs much cheaper. But wait!

Accepting the conditions of yet another platform? Rarible, for example, has noble goals and wants to develop the platform in the direction of a so-called DAO (Deanonymized Anonymous Organisation). The idea is that the governance rules for the organisation are programmed in a smart contract. Instead of a central management, the community with its anonymous members controls the organisation.

The Smart Contract follows the programmed rules in an uninfluential and impartial way. Decentralised management structure. So much for the idea. The challenge is to prevent the centralisation of the DAO, which may creep back in via detours. The rules for the DAO have to be programmed. A group of women specialists who can understand and roll out the code is such a form of centralisation. 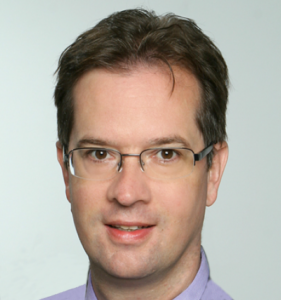 So yes, more independence from advertising-financed platform economies, more co-determination and creative possibilities for artists and cultural organisations. It is worth exploring these possibilities further. But even apart from technical and ecological challenges, it would be naïve to believe that the solution for decentralised community organisation can be delivered to us onthe  a silver platter in the form of a user-friendly marketplace website. No problem at all, complexity is hidden, no expertise required. Where does that leave the design options? I don’t think we can avoid the need to understand how it works if we want to design.